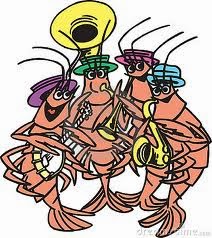 I did not want to spend too much time in the kitchen, especially as all six of The Pack were underfoot and clammering, grunting, groaning, and yapping to be fed. I needed to do something easy, and I had a craving for a simple shrimp salad.

Well after getting The Pack all fed and settled, I checked the freezer and found a bag of already opened frozen Salad Shrimp. But at this late time in the afternoon I did not want to run the frozen shrimp under water since already cooked frozen shrimp fast thawed in water tastes just like that, "water". I did not want to heat up the shrimp but thought what if I did a type of sous-vide process to the frozen shrimp with tap water. I thought that I would be able to fast-speed thaw out the shrimp and make sure that they did not taste aqua-bound.

I filled a plastic sandwich bag with enough shrimp for my proposed salad and then sealed the bag, trying to squeeze out as much of the air as possible. I placed the "almost vacuum sealed" frozen shrimp bag in a large bowl and filled the bowl with room temperature water. I then placed a weight on top of the bag of shrimp to keep it completely submerged. Believe it or not this really worked and the shrimp tasted close to fine. 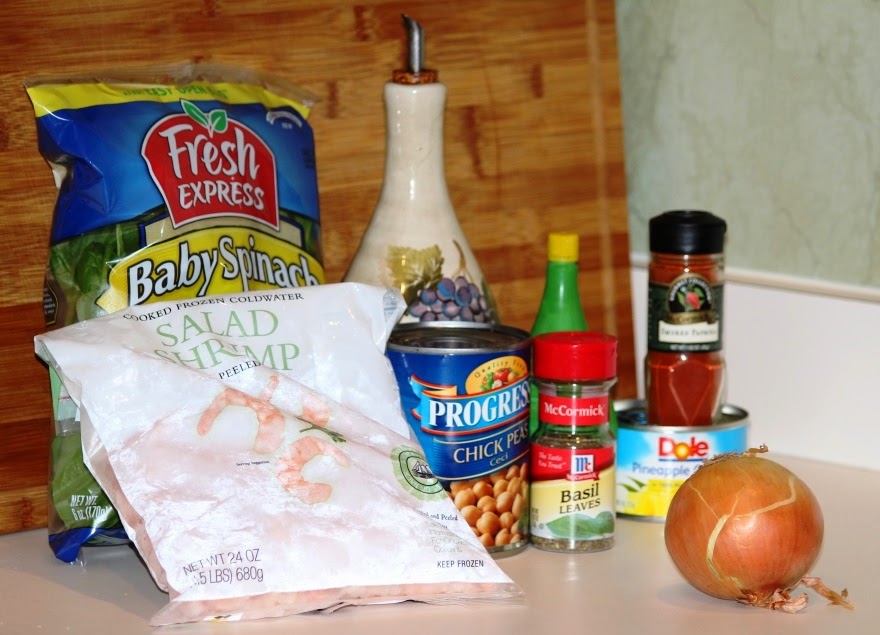 In the pantry I decided that whatever I first saw I would use. I spotted a can of Chick Peas and a can of Pineapple Tidbits. In the refrigerator I found a recently opened bag of Baby Spinach and a Tomato in the vegetable drawer. I next grabbed an Onion and my last remaining, (there's still more on the bushes outside), Scotch Bonnet.

All the ingredients assembled, I then thought that I would like to, which I normally do, make my own salad dressing. I do not think that I have bought a packaged or bottled salad dressing in a good number of years. Okay, Olive Oil, Lime Juice, Basil Leaves, Smoked Paprika, and Salt. Whisked and done.

The Pack was ready next for their early evening walk. Out we went; leashed canines for a quick mile walk around the block.

Upon return to the house, I began the composition of my Shrimp and Pineapple with Chick Peas on Baby Spinach Salad. I prepared my "mise en place". I added some chopped tomato and sliced onion to the chopped Scotch Bonnet, the drained Chick Peas and the drained Pineapple Tidbits. I drained the Shrimp and tossed them into the bowl with the other ingredients.

I next added the made dressing, folded the ingredients, and placed the Shrimp Salad in the refrigerator for about 15 minutes.

To prepare my dinner I put a handful of Baby Spinach on the plate and added a couple of large spoonfuls of the Salad on top. There were some Swiss and Parsley, Garlic Biscuits I had made for our previous night's supper...and viola. Shrimp and Pineapple with Chick Peas, Tomato, Onion and Spinach Salad. 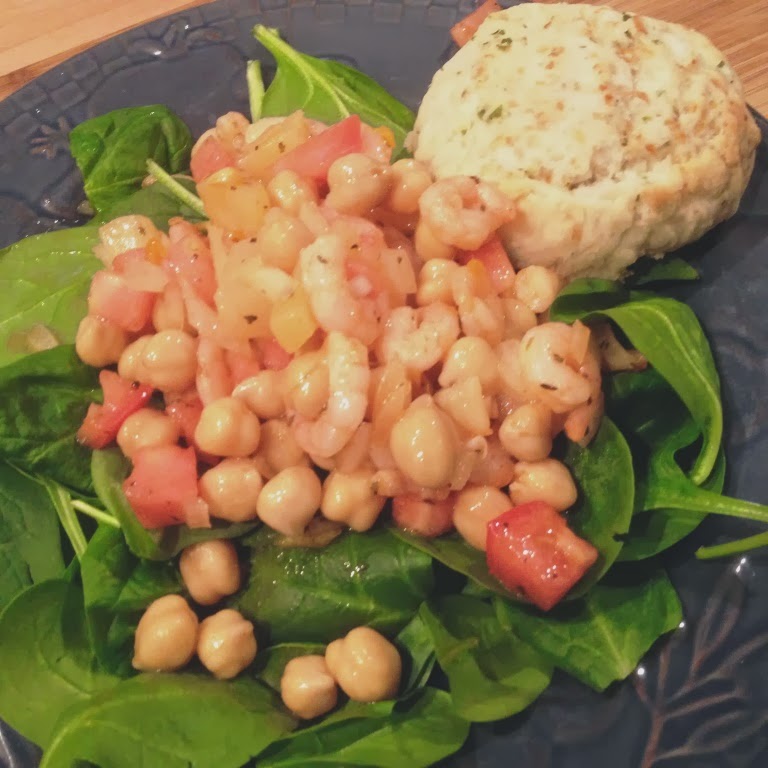 Jim
Posted by Jim Smith at 2:04 PM No comments:

Truthfully I did not want to deal with either making pie or pre-made crust. I just had a hankering for something a wee bit more fancier than ham-'n-eggs. And don't get me wrong but I really like ham-and-eggs. I like ham-'n-eggs for breakfast, lunch, supper and I linke ham-'n-eggs in-between. I thought that I would want some quiche, without having to go to the bother.

After searching the Internet, I found 46,200 results on Google for "crustless mini-quiche" recipes and 108,000 results for "crustless quiche" ones. The question is with 154,200 recipes for almost the same thing, (same thing in my mind), where would I start?

I read a couple and learned that the key ingredients were cheese, eggs, and milk. Okay... but I wanted to add some ham. There was some sliced prosciutto and some sliced in that drawer in the fridge, you know the drawer with all the cheeses and the sliced meats.

I noticed that a lot of the recipes on line cooked their crustless mini-quiches in cupcake pans. The one on Food Republic site looked like something quick and easy.  And it looked appetizing. 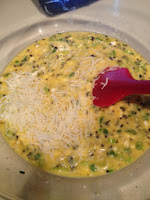 I prepared the cupcake/muffin tins/pans. I lined each one with either a slice of prosciutto or one of ham. I beat the eggs with some half-and-half, grated/shredded Swiss cheese, chopped up black olives, green onion, salt and pepper. 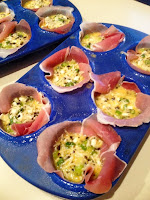 Next I filled the each of the lined tins about 3/4 full with the egg/cheese mixture. 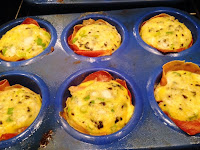 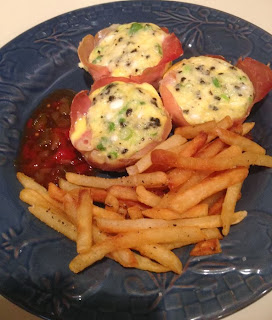 The ham-'n-eggs mini-quiches, of sorts, didn't last too long on the plates.

Jim
Posted by Jim Smith at 3:18 PM No comments: