Last night I had a sweet craving. I wanted something different for supper. I hankered for something that was completely away from meat and potatoes. I had a craving for French toast.

And of course it’s me, and I just didn’t want French toast that was a “let’s-dip-the-bread-in-scrambled-eggs, fry-it, and and-serve-it-with-Maple-Syrup-French-toast”. I wanted something different and quick 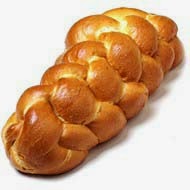 After searching online for a bit I noticed a number of French toast recipes using Challah Bread. I decided to borrow the recipe I found from Tori Avey.

So I got me a loaf of Challah bread from Publix.

First I sliced the Strawberries and combined them in a bowl with some Sugar and Orange Juice. I let that sit for a while. 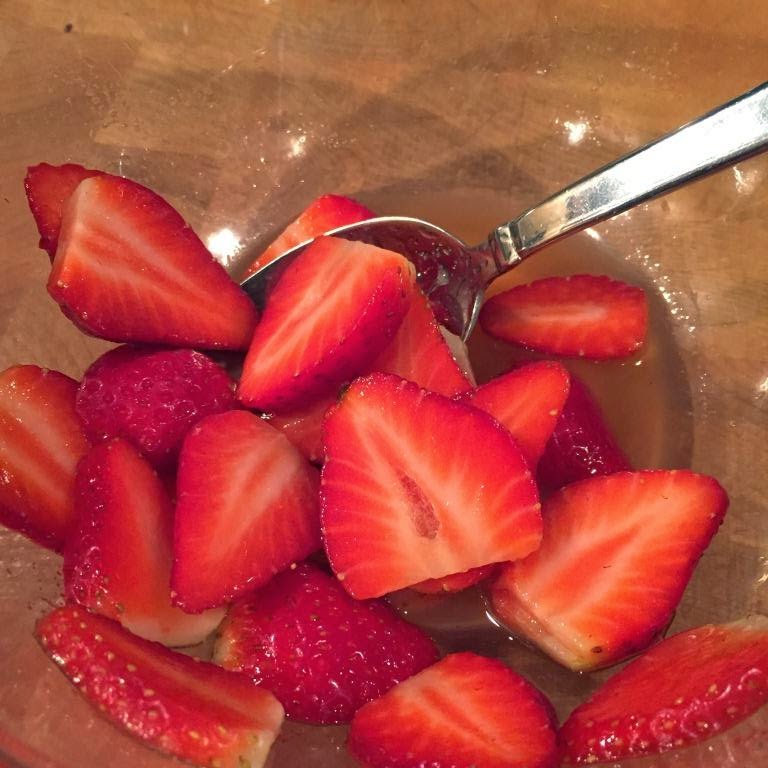 Next, in a blender I combined the Eggs, Milk, Grand Marnier, Cinnamon, Brown Sugar, Salt, Vanilla, Flour, and Salt. I poured that mixture into a glass baking dish. I cut the bread into 1-inch slices and put some butter into a medium warm frying pan. 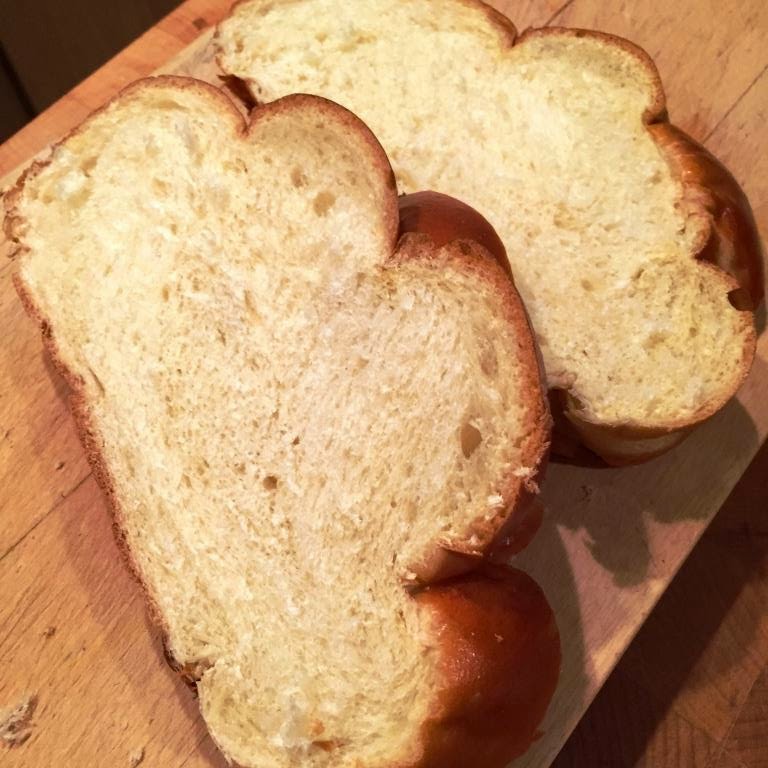 Oh yeah, I warmed up the oven to 200°F so that I had someplace to keep the cooked slices warm while I continued cooking. 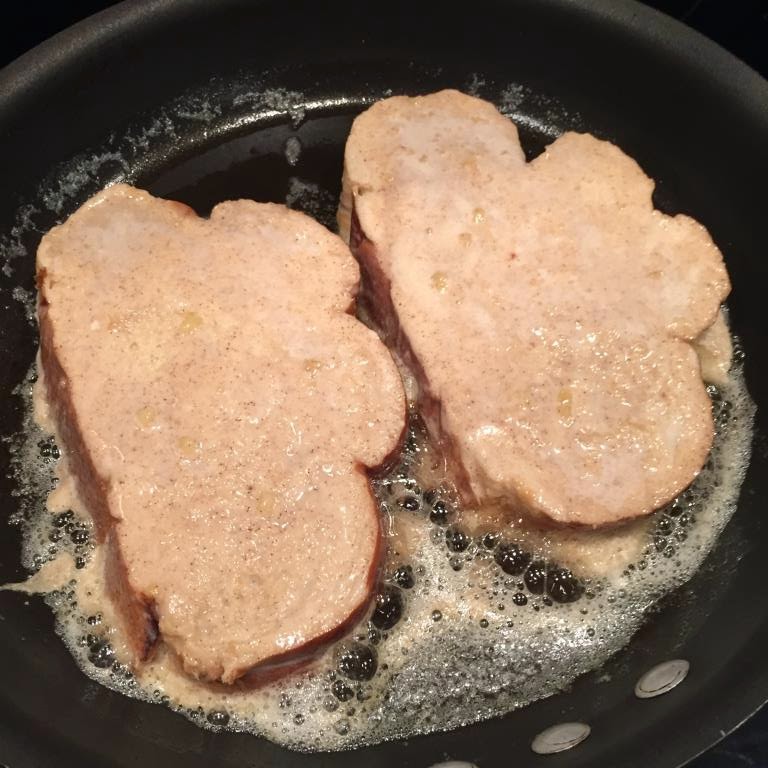 I soaked the Challah bread slices in the egg mixture in the glass baking dish and then threw a couple of slices into a buttered frying pan. 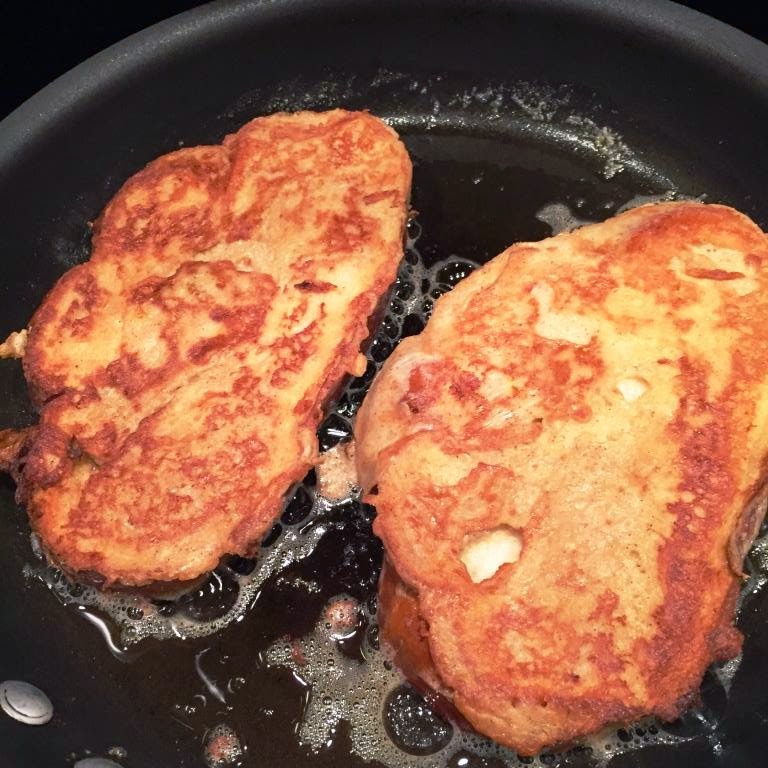 I cooked them until I thought they looked done and then place them in on the baking ray in the oven. 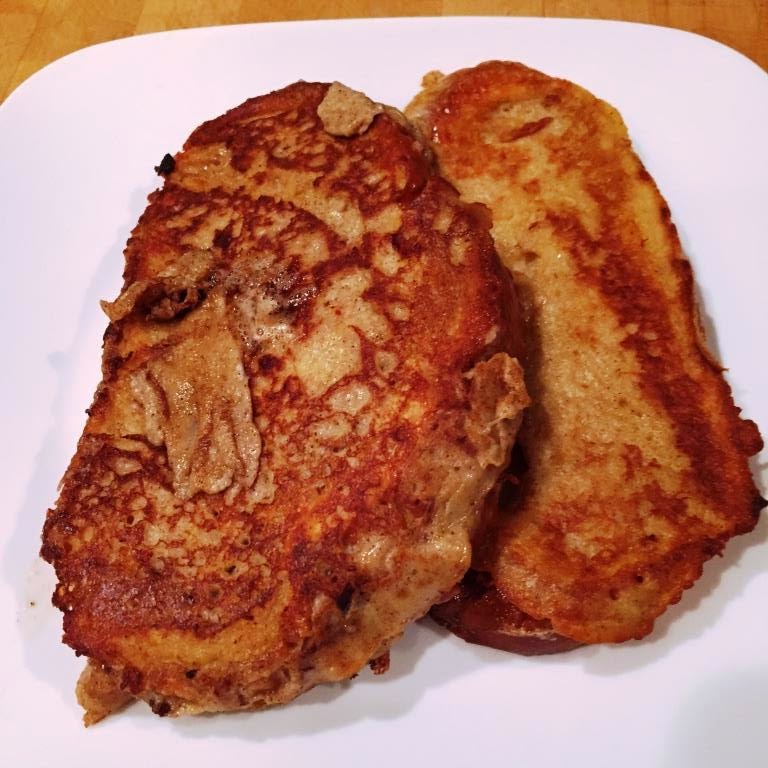 Once completed I placed a couple of slices of French toast on a plate, spooned over some Strawberry Orange mixture. 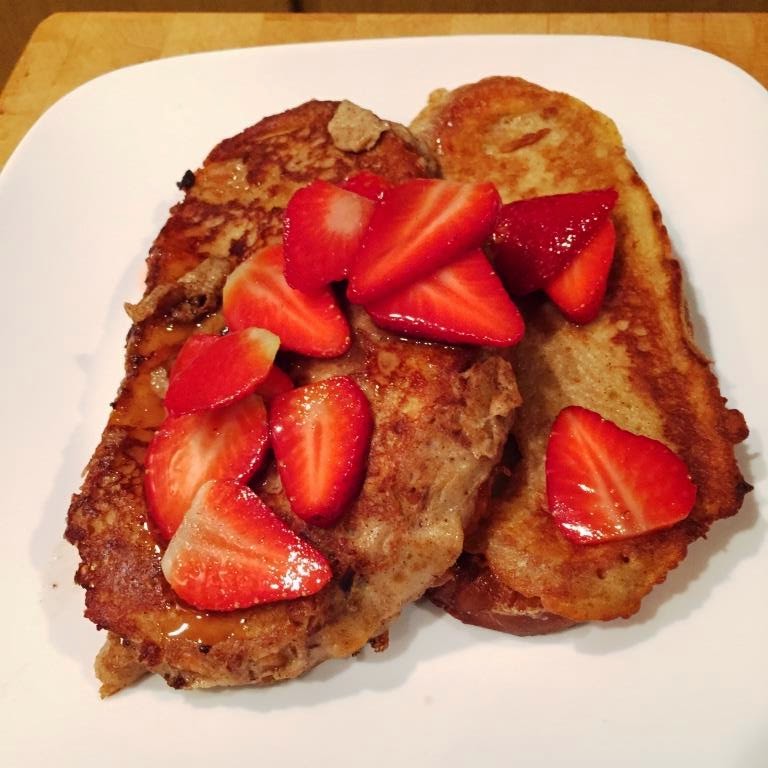 Damn was that plate of Banana Grand Marnier French Toast good. And I mean good.

And did I mention that my early morning blood sugar count dropped 7 points?

What can I say? I love to eat.

Jim
Posted by Jim Smith at 3:14 PM No comments:

How did I start on this concoction that I wanted to try and eat? I have been fighting with, and diagnosed with having the flu, and plain turkey and plain toast and antibiotics is boring. Boring... especially if you're a person like myself who still likes to eat no matter how I feel.

Doing a Google search I searched on the phrase "Foods that are good for one with the flu?"  It turns out that there are over 116,000,000 hits provided by Google. My blurred vision immediately connected with a link to "Garlic Soup - 100x Stronger Than The Best Antibiotics On The Market". I found a recipe for the Garlic Soup and it asked for 50 cloves of garlic.  Better get out the parsley, the mouthwash, and the breath-saver gum. 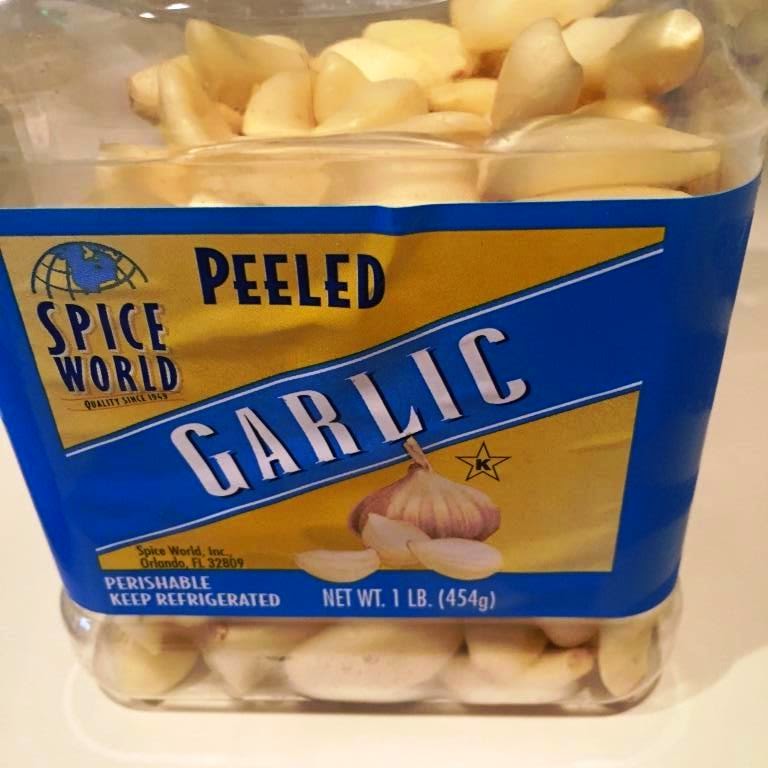 First of all I have to say that I cheated. I used 51 cloves of garlic...and I realized that I was not going to peel and prep my gloves of garlic so I bought a container of already peeled garlic cloves.  All I had to do was chop off the little bit at sort of dead end.

And instead of describing and writing out all my steps are are some images that I did.  The ingredients included - 51 Cloves of Garlic, 2 tablespoons plus more of Olive Oil, 2 tablespoons of Butter, 2 Onions, 1 tablespoon of Fresh Thyme (no stem), 6 cups Chicken Broth, more fresh herbs - I used Marjoram, Sage, Rosemary and Thyme, 3 cups of Stale Bread, and I cup Sour Cream. 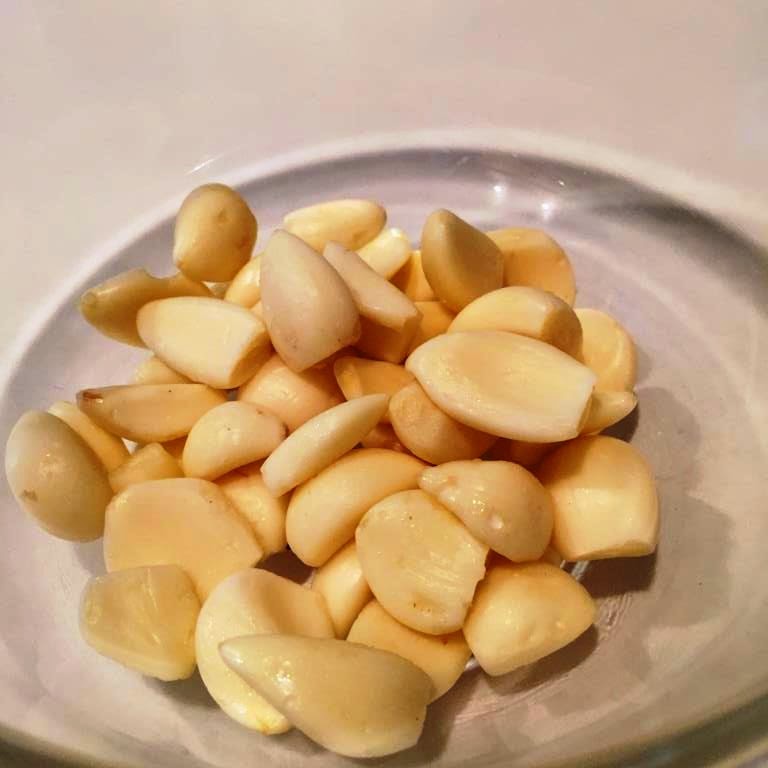 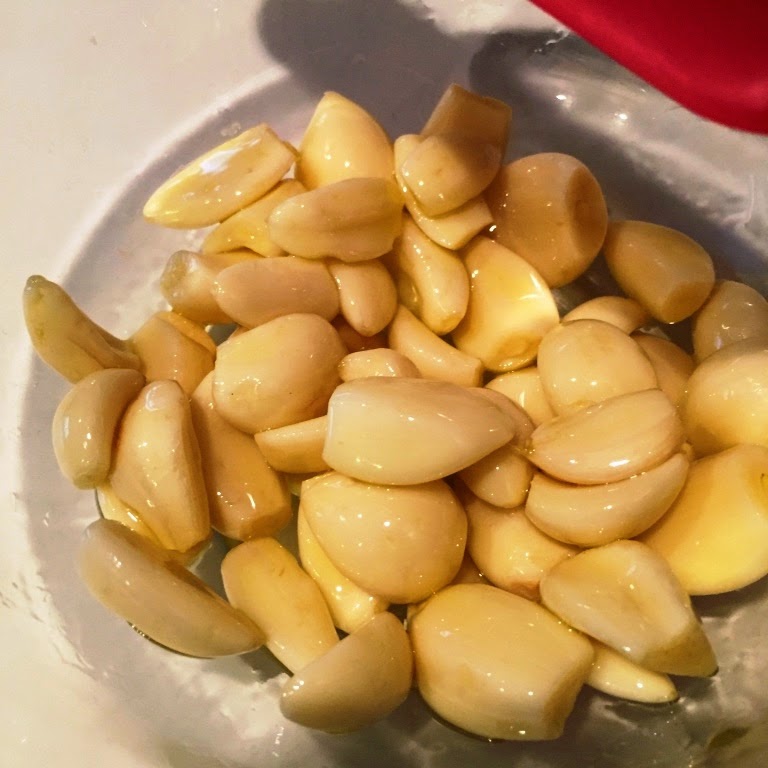 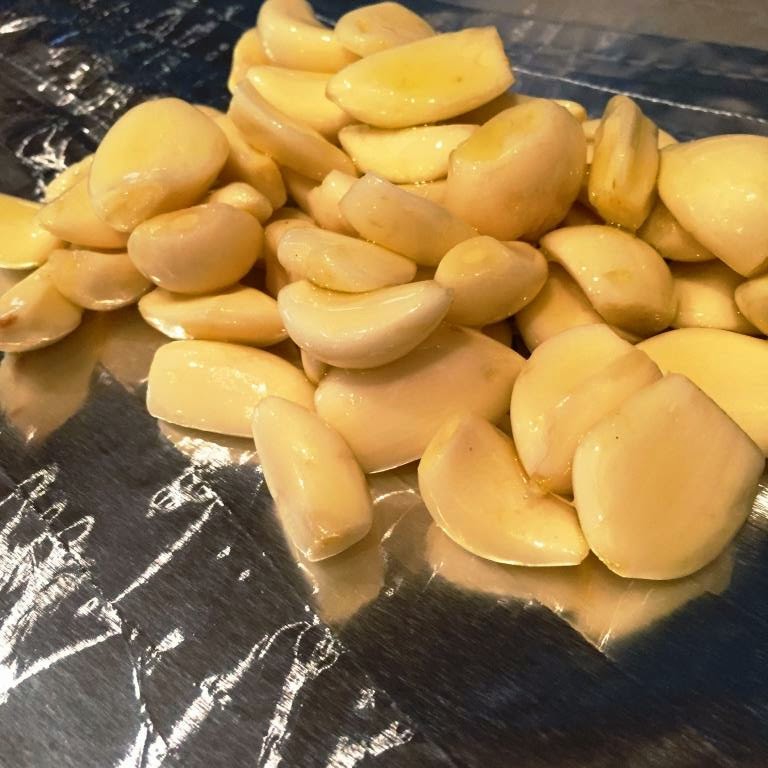 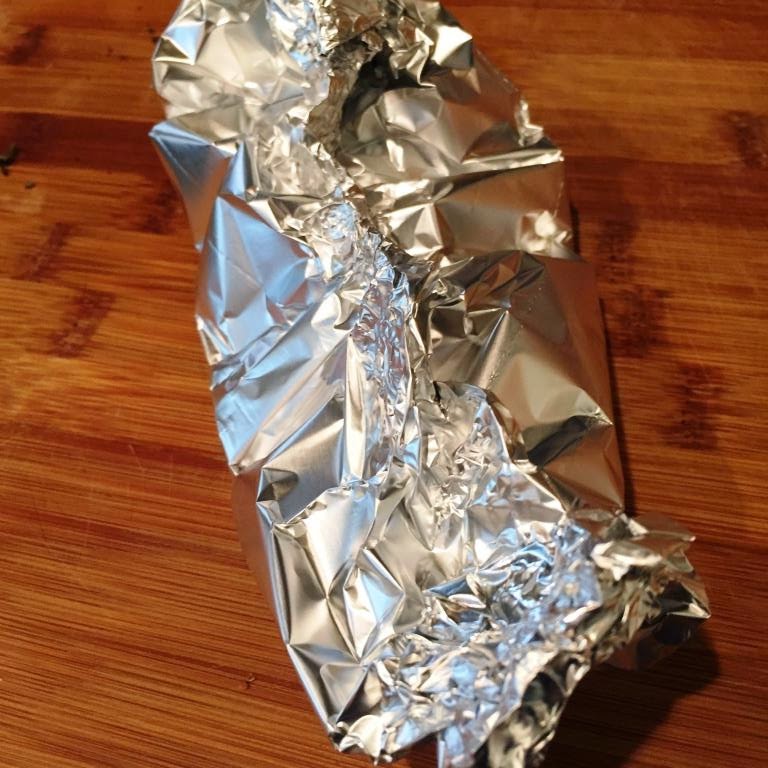 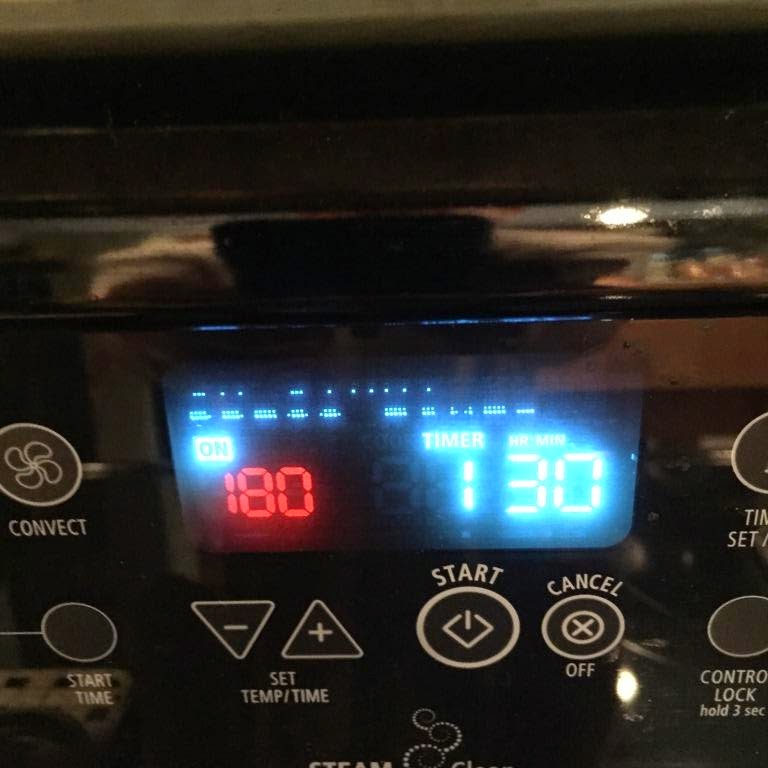 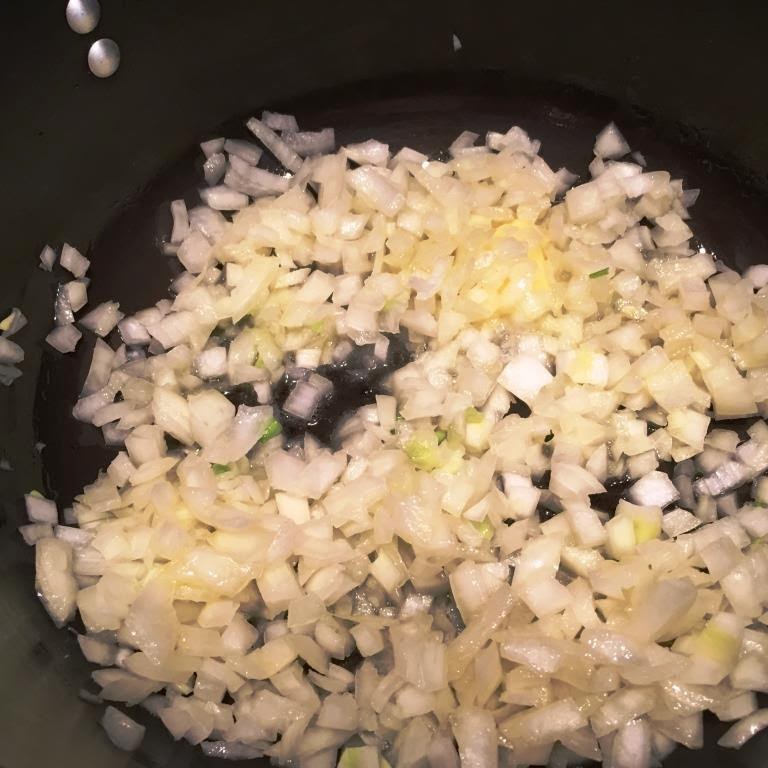 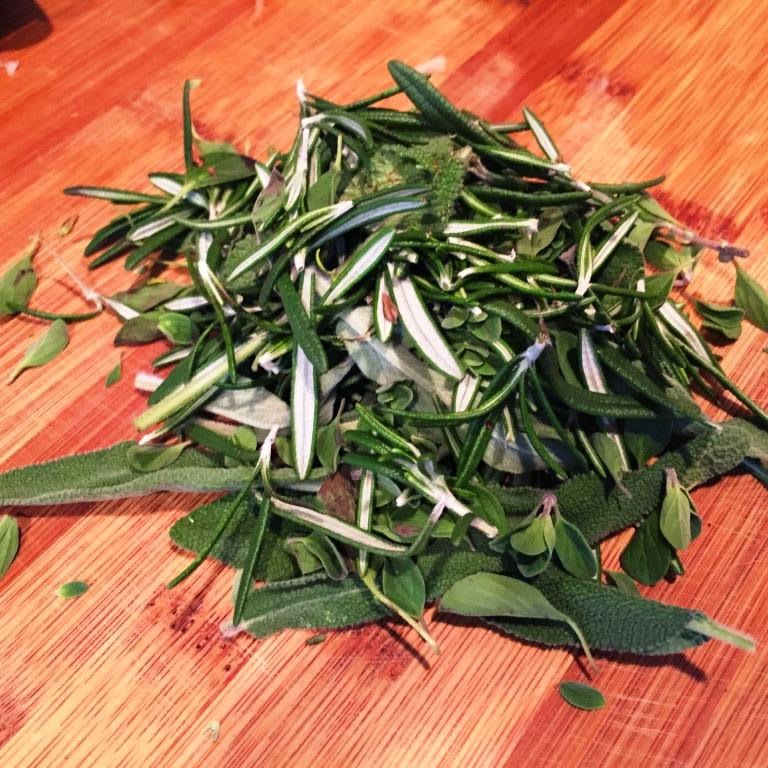 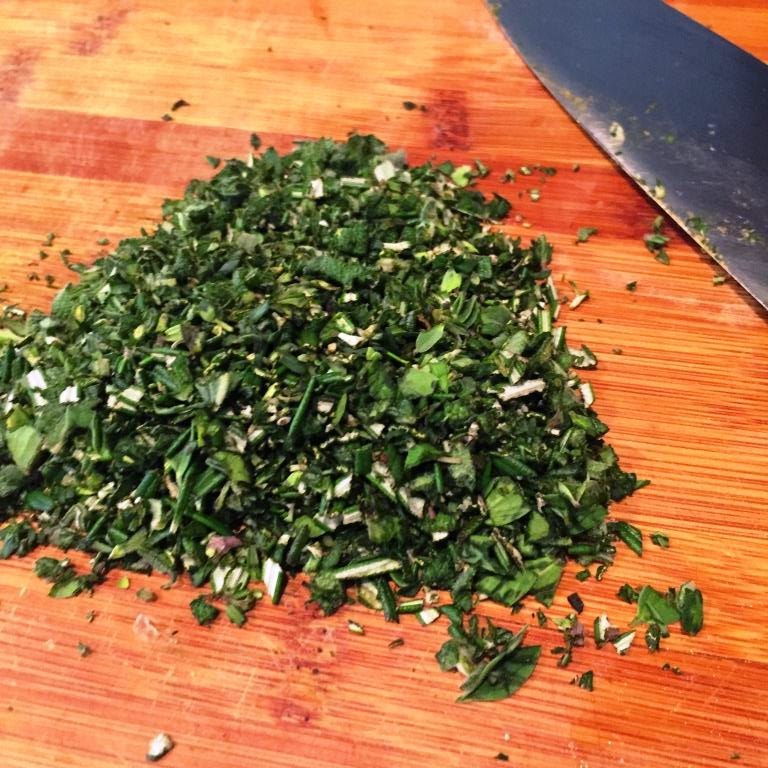 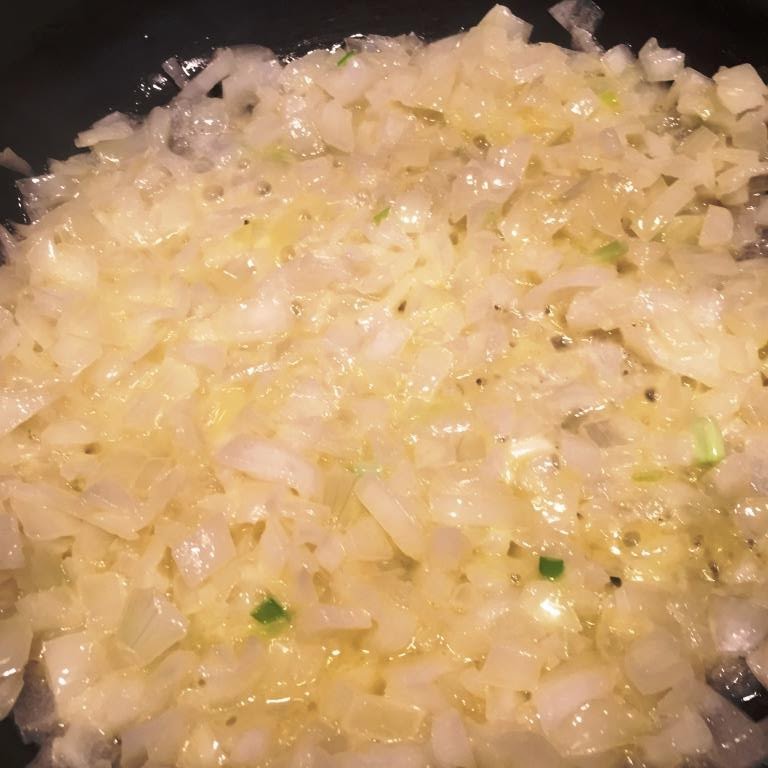 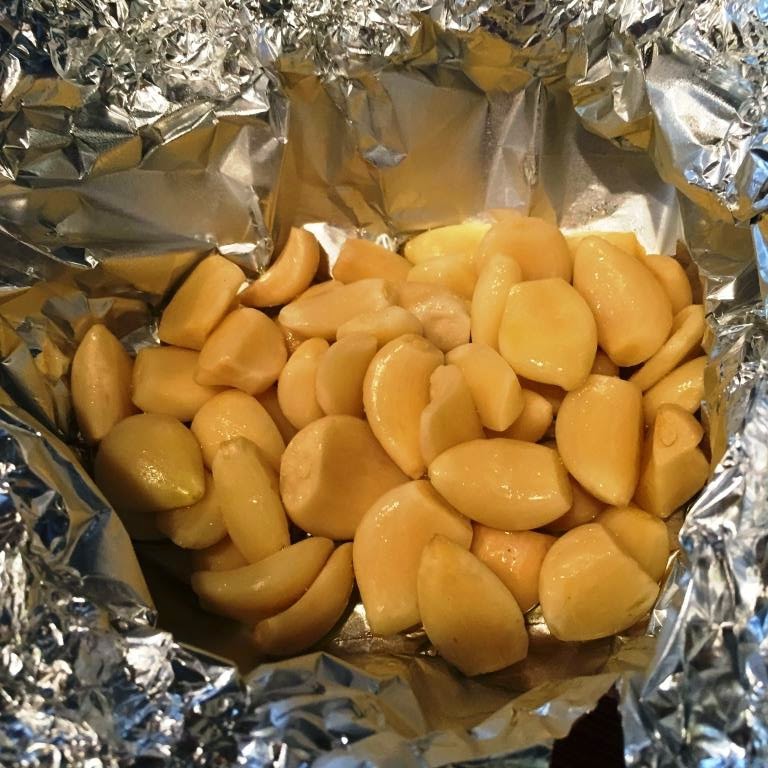 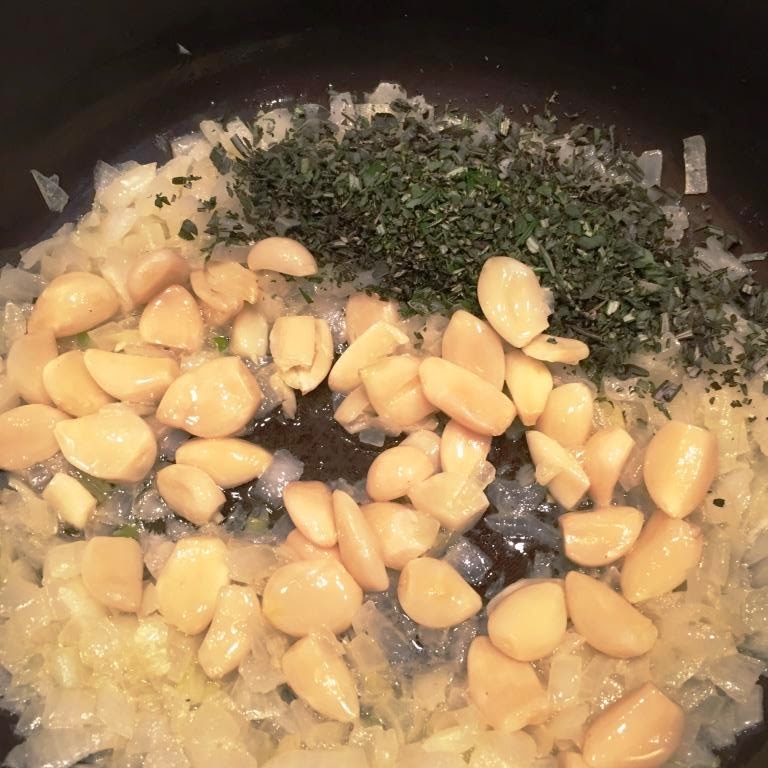 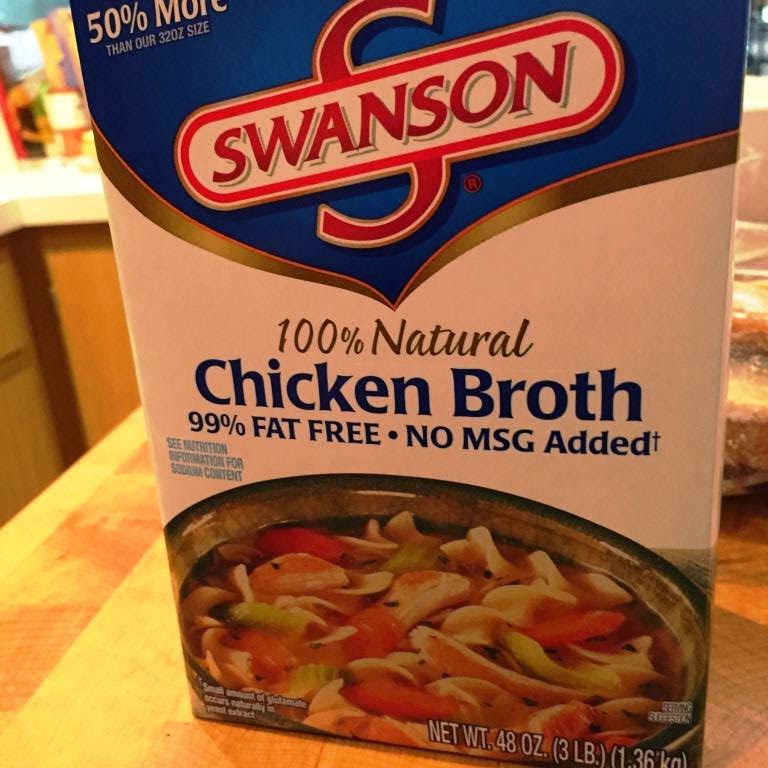 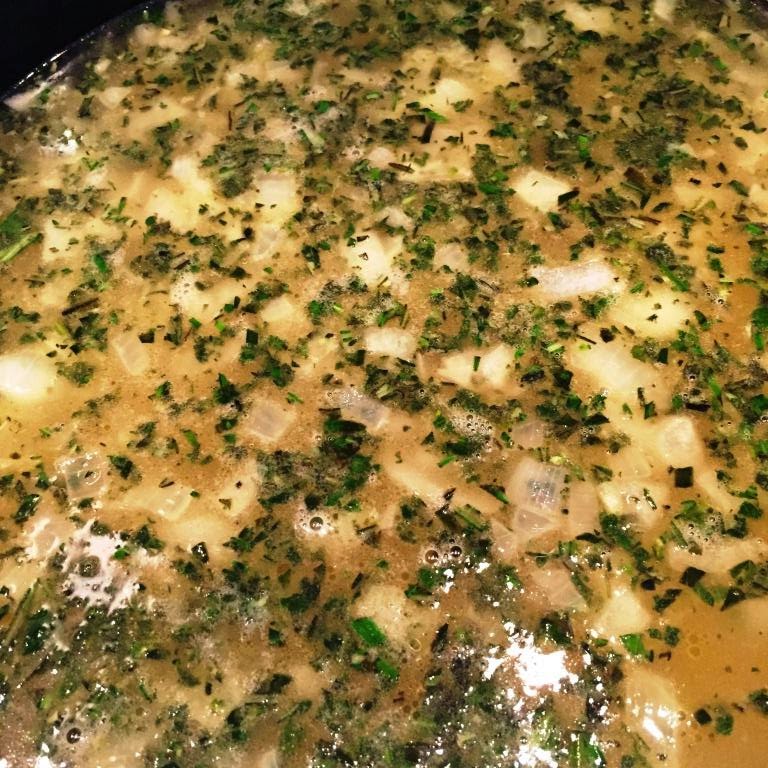 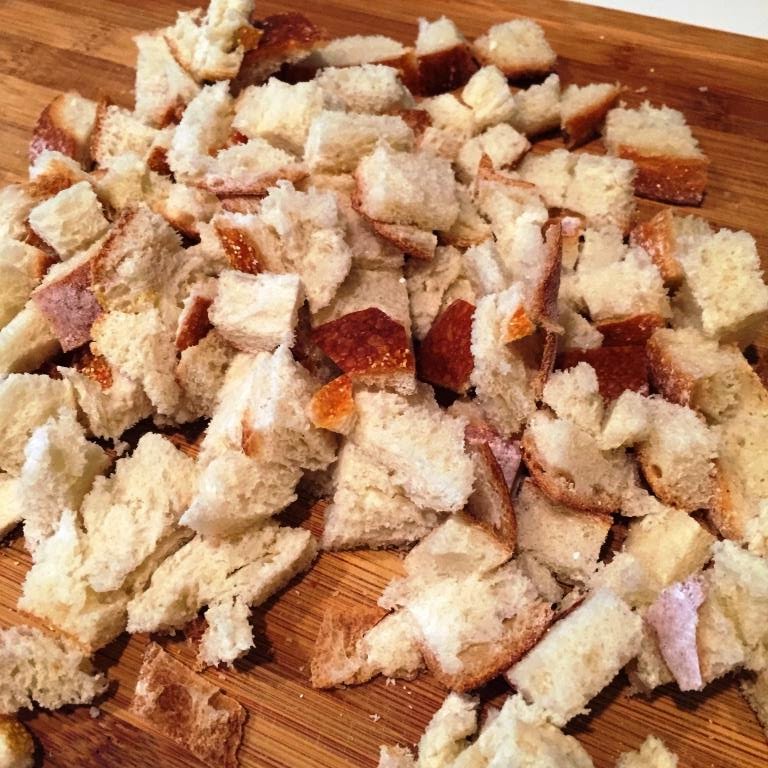 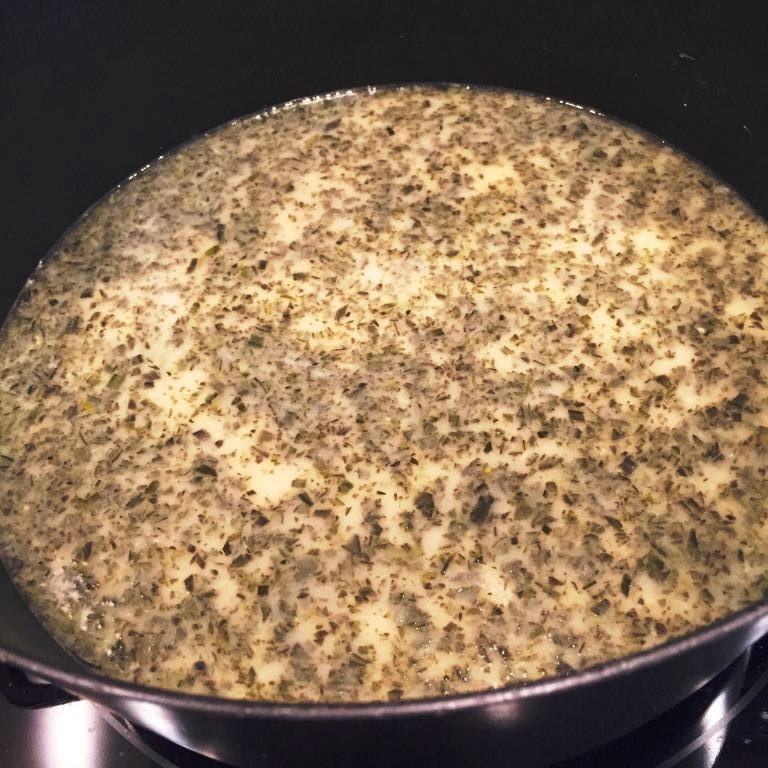 At this point I used my immersion thing-a-ma-jig that can chop and blend, as best as possible all the ingredients in the pot together. 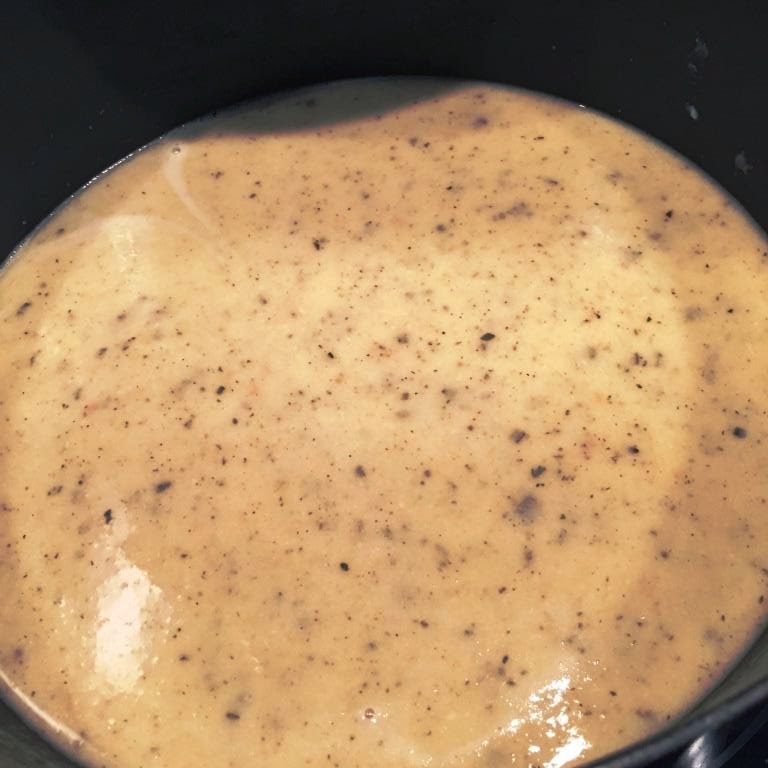 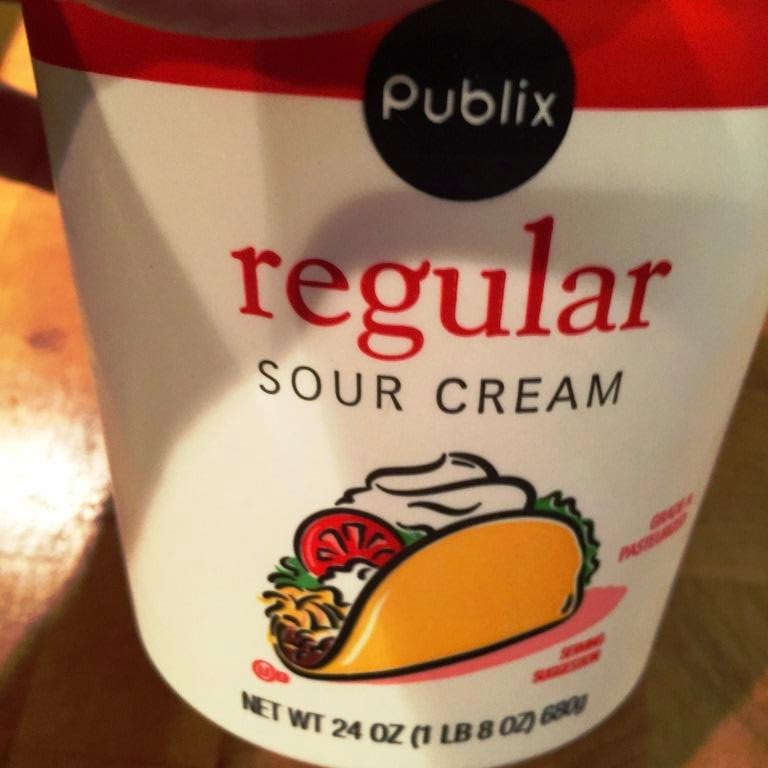 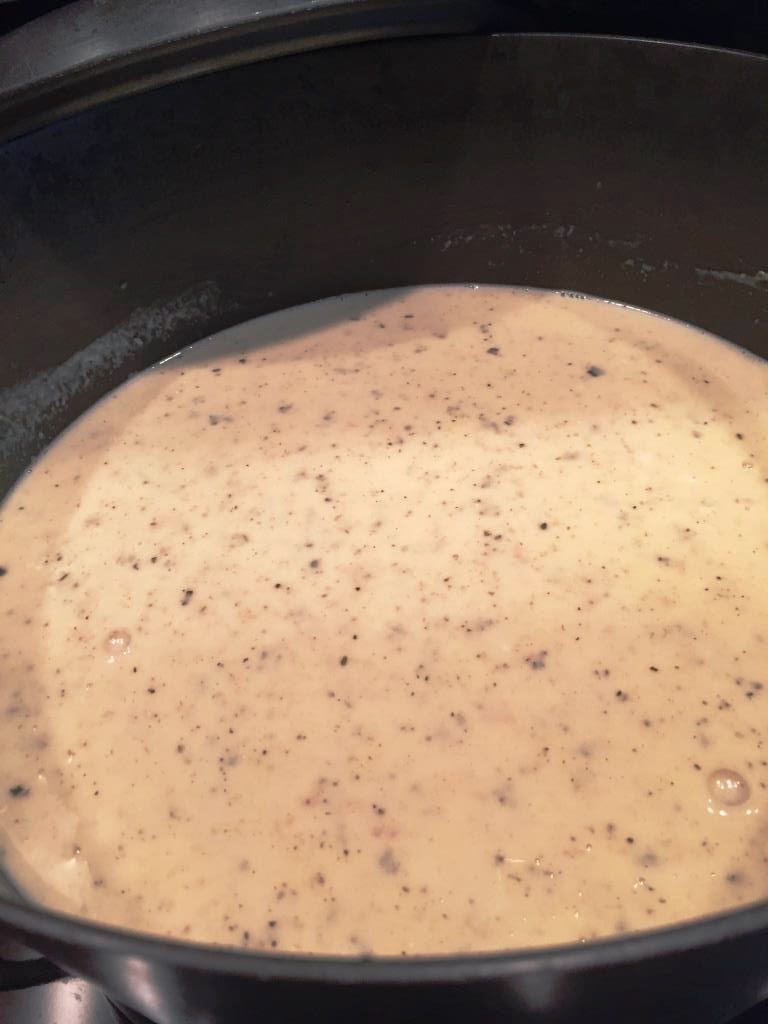 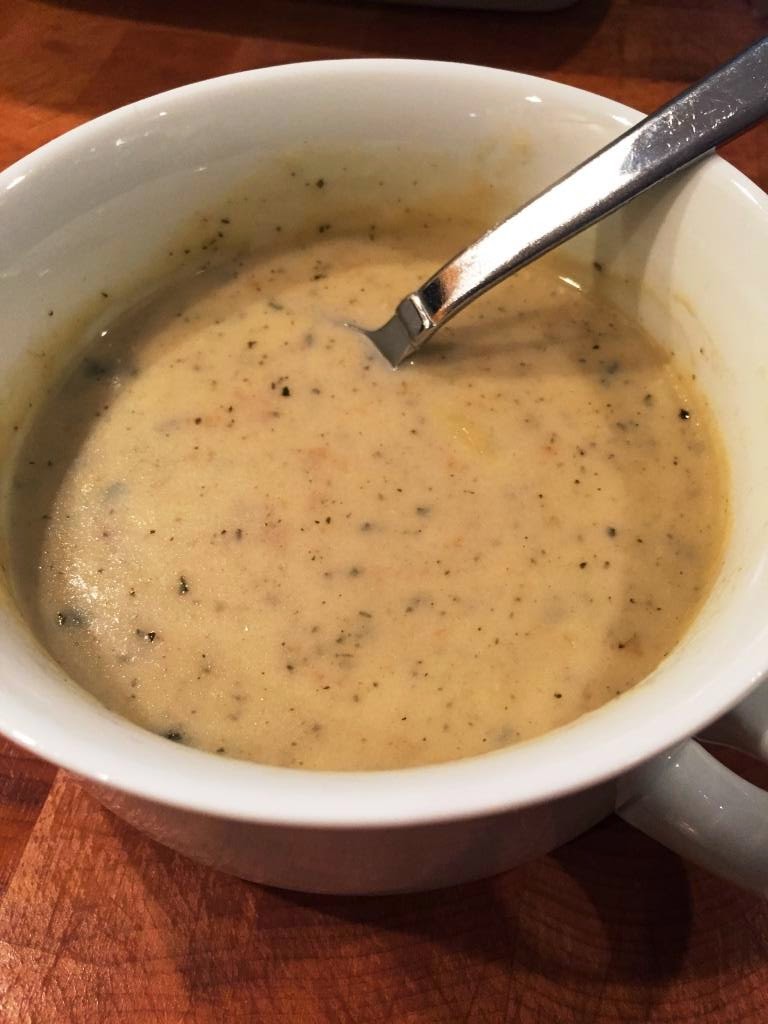 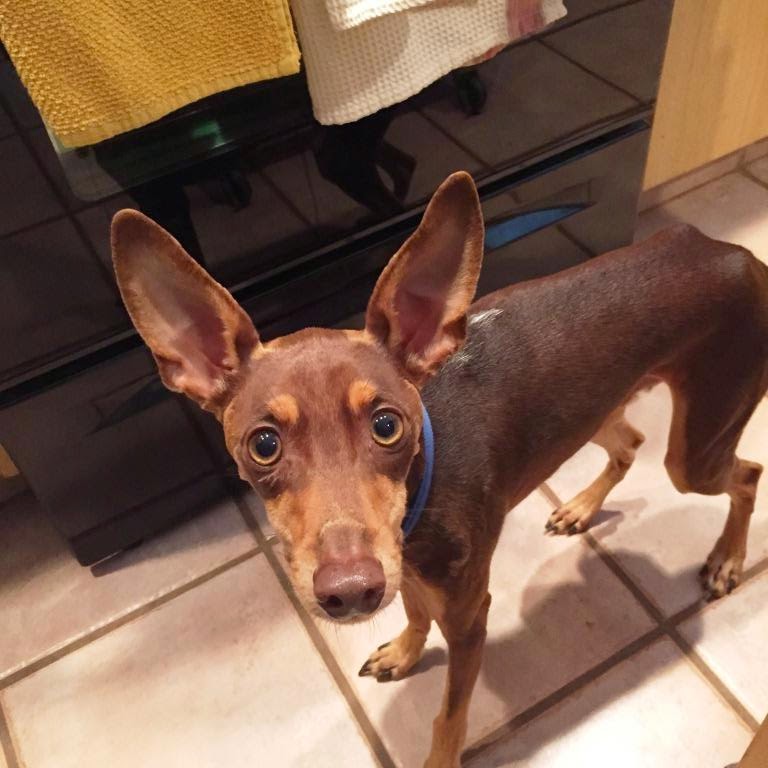 In conjunction with the antibiotics, I've downed two bowls of soup since.

Does it work?  Hell if I know.  This wasn't a scientific experiment. I just wanted something different than plain turkey breast and dried toast with my Ginger Ale.

I feel much, much better. And Radar is always trying to figure out how to get any scraps that fall from the cutting board.

I love to eat,

Jim
Posted by Jim Smith at 1:18 PM No comments: